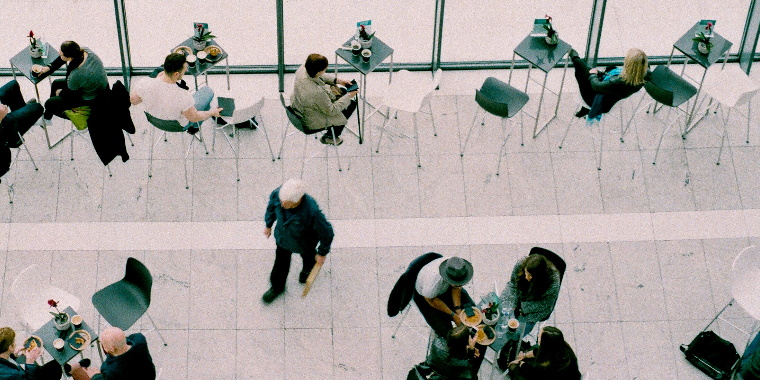 Withholding taxes: what changes for cross-border commuters from 2021

Withholding tax is a form of taxation deducted directly from the salary of employment of foreign workers in Switzerland who do not hold a residence permit (C permit), who are not married to a Swiss national or resident or who receive income in Switzerland without having a tax domicile (e.g. cross-border commuters).

Employees who are posted to Switzerland for less than 180 days (provided they meet the minimum requirements according to the agreements between Switzerland and the country of residence of the posted persons) are also not deducted from the withholding tax. It is automatically deducted from the employee's salary every month, with rates that vary according to the tax table in which it is included.

With the aim of eliminating unequal treatment between persons subject to withholding tax and persons taxed under the ordinary procedure, the Federal Council has defined the possibility of adapting the tax model for all employees in Switzerland, regardless of their work permit.

Who is subject to withholding tax today

On the other hand, Swiss taxpayers and foreigners with a C-type work permit are required to complete a tax declaration, which serves as a basis for the calculation of personal taxes, according to a municipal, cantonal and federal tax system. The Swiss federalist system provides for a different number of instalments through which taxes can be paid - from the possibility of paying all at once to monthly instalments.

This system, standardized since 1995, will be revolutionized from January 1, 2021. As an innovation, the revision introduces the ordinary evaluation.

From 1 January 2021, all those who produce at least 90% of their family income in Switzerland will be eligible for ordinary taxation. The aim of the reform is to eliminate disparities in treatment between persons subject to the source and those taxed under the ordinary procedure.  This possibility had already been open for some time, thanks to a ruling by the Federal Court in Lausanne in 2010, but from 2021 it will also be enshrined in the law. Before deepen the matter, it is necessary to specify the term family income: this includes the total income of the entire family unit, also adding the income of any spouse.

The following income is considered gross income from gainful employment:

All income from gainful employment

After submitting the completed tax return, the tax authorities first check whether the entry conditions have been met. In order to determine whether the 90% threshold has been reached, the authority determines the total worldwide income of the household, and then determines the ratio of taxable income in Switzerland to global income. If the conditions are met, the authority carries out the ordinary taxation on the basis of the documentation submitted; if the conditions are not met, the competent tax authority issues a negative decision, which can be challenged with ordinary legal remedies.

The possibility of benefiting from real tax savings is, however, very subjective: it depends on the personal situation of the employee.

In addition to the usual deductions for employees' business expenses (e.g. double housekeeping, other business expenses, travel to work), there is also the possibility of deducting, under certain conditions, the costs of training / further education, accommodation costs, contributions to tied pension schemes (tied third pillar).

What changes for cross-border commuters

Cross-border commuters (both those who live in a commune in the border area and the so-called non-tax cross-border commuters), weekly or short-term residents who live abroad: all are subject to withholding tax on income earned in Switzerland, as is already the case today.

The legislative change concerning the withholding tax of workers has qualified a new concept as "almost-resident".

The law introduces the following amendment: these persons may request an ordinary retrospective assessment for each tax period until 31 March of the year following the tax year if:

This amendment takes into account the rulings of the Federal Court in 2010. According to the Federal Supreme Court, there is inadmissible discrimination when non-residents are treated differently from residents, provided they are in a similar situation. This is the case when the income of non-residents in Switzerland represents more than 90% of their world income. In this case, the non-resident person must be treated as almost resident.

As in the case of natural persons resident under tax law or resident in Switzerland, persons who do not apply for the next ordinary assessment may not receive any additional deduction. However, once the application has been submitted, it cannot be withdrawn.

Legal persons with registered office or effective administration in Switzerland

The legislator stipulates that members of the administration or management of legal entities domiciled or actually administered in Switzerland are also subject to withholding tax even if the remuneration for the exercise of this activity falls to a third party and not directly to the members of the administration or management.

This reform, which takes into account recent technological developments in the area of payroll reporting, will have a major impact on employees in Switzerland: the introduction of a retroactive ordinary valuation, whether mandatory or on request, must be communicated to the employees concerned.

Fidinam, through the provision of tax and business services, is able to support you in advising on ordinary taxation for individuals, supporting companies in assisting their employees interested in adapting to the new legislation. Contact your Fidinam consultant or contact us for advice.