How to invest in Australia

Australia provides a safe and low risk environment to invest and do business, providing an attractive alternative to the USA, Europe and Asia.

A strong governance and Western-based legal system: Australia has the 12th largest economy in the World as at 2021 currently AAA rated with a stable outlook by all three global rating agencies

Strong ties to the Asian region

Australia is a strong serviced-based economy, with a core focus on financial and insurance services, education, construction, healthcare, professional, scientific, and technical services as well as mining and manufacturing. Our services sector has expanded by an annual average of 3% since 1992. Specifically in information media and telecommunications, professional and scientific and technical services where annual growth rates have been over 4.5%, we are being acknowledged for having an expanding skill base in these areas across the region.

The Australian Government welcomes productive foreign direct investment. Historically over many generations foreign investment and migrants have helped build Australia’s economy, providing innovation and prosperity. However it is important to protect Australia’s interest whilst maximising investment flows, certain foreign acquisitions of Australian shares and assets are reviewed by the Australian Foreign Investment Review Board (FIRB).

We note most foreign investment proposals are approved. Once approved, foreign investors are generally treated the same as domestic investor under Australian Laws.

Sydney’s Commercial Property is a well-established market that historically has offered a secure investment climate. Favourable to global investors, with relatively high yield returns averaging 4.75% and boasting a third ranking across the Asia Pacific Region for both investment and development behind Melbourne and Singapore respectively. In comparison Hong Kong and Tokyo average below 3% yields. Major employers of Commercial Property are Professional and Financial services accounting for 40% of employment. Sydney is supported by a resilient and transparent economy, AAA Credit rated which is regulated by a Western based legal system. An expanding population has reinforced the investment opportunity over the long term averaging 1.5% population growth over the past decade. Sydney also hosts Australia’s largest public transport network project ($12 Billion AUD) that will offer a world-class train network hosting 31 Metro stations by 2024 facilitating development of the city.

Melbourne’s Commercial Property market hosts a highly developed growing city with a vibrant cultural lifestyle. It is placed first in the Asia Pacific Region for both investment and development with ranging yields of 4.75-5.25%. Supported by the lowest vacancy rates of any Australian capital city and strong rental growth. The two largest employment sectors in Melbourne are Healthcare and Retail trade combing for 22% of employment. The city has dominated population growth of Australian capital cities over the past 15- years and set to overtake Sydney for the most populous city by 2026. Facilitating Melbourne growth is a highly developed world-class transport system with five new landmark underground stations to be added by 2025 a ($11 Billion AUD) project which is projected to support 1.5 Million passengers boarding on metro trains every everyday by 2031.

Brisbane’s commercial property market has been development orientated being supported by a stable and secure real estate market. A prosperous city alluring a relaxing lifestyle for residents facilitated by a developing transport network that includes Trains, Buses and Ferry’s. Brisbane is Australia’s third largest city by population size as at 2020 population of 2,406,000 (with more than 25% of the population lives in Brisbane CBD). The largest employment sectors are Health care, Retail trade and Construction that combined make up for 31% of employment. Desirable income yields for commercial property averaging 4.5-6% yields. Brisbane is a true lifestyle city with good proximity to some of Australia’s most popular holiday destinations such as the Gold Coast and Sunshine Coast.

Australia’s Capital city Canberra, has a developing Commercial Property market that historically experienced steady growth, driven by Federal Government tenant demand. The success of Canberra revolves around the Government of the day, and provides stable and well underwritten Government income streams. Canberra offers the population a scenic and comfortable lifestyle recognized as one of Australia’s most livable cities. Canberra is well Supported by connected transport network benefitting from recently constructed light rail, not to mention the cities cycling culture and vast bike paths. A population size of 452,000 with a broadening commercial market to benefit from a forecasted population size of 500,000 by 2030. The largest employment sectors are Public Administration and Safety, Health care and Social Assistance that accounts for 25% of employment.

Perth commercial property market is an expanding market. Western Australia’s capital city is ranked the 7th for the most livable city in the world offering residents a desirable lifestyle. With world-class beaches and wine regions Perth is a favored destination for overseas visitors. It offers investors exposure to the
strength of Australian natural resources. The city is largely aligned to the mining industry with Iron Ore accounting for 54% of state exports. A population set to expand from 2,042,000 to 3,000,000 by 2028 to be Australia’s fourth-largest city. The commercial property market is clearly correlated to the strength of the mining sectors and population growth.

Australia has a deep and transparent real estate market across all sectors of residential, commercial, industrial, hotels, aged care, student accommodation and a growing multifamily (Build to rent sector).

However as with any developed market supply and demand play a critical part in the future growth prospects of real estate investing. It is important to pick your timing when to invest and to seek professional advice on where and what to invest in. Fidinam (Australasia) Real Estate (FARE) have an experienced local team that currently manage over $550m in commercial assets on behalf of its investors, and can provide a range of services to assist, including:

Commercial property is a speciality of our business; however, we have managed transactions over most asset classes. Investment returns sought by investors fall into two buckets- income and growth. We focus on the delivery of both objectives. 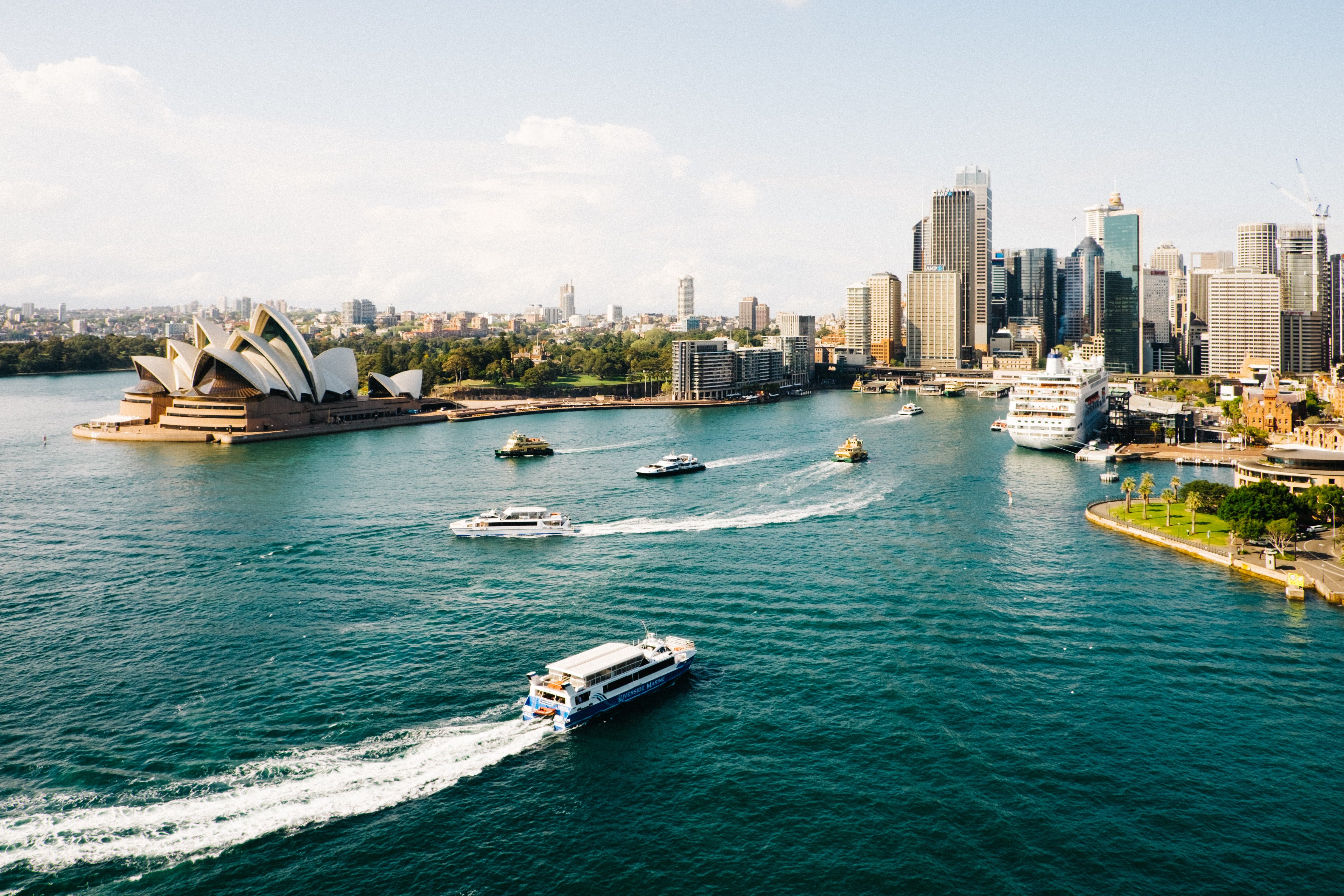 Australia’s economy has experienced 28 years of consecutive economic growth coming into 2020, sustaining a robust economy. Australia has the world’s 14th largest economy and rated AAA by all three global rating agencies with a stable outlook. The country is ranked 3rd in the world for economic freedom, underpinned by the education, innovation and science. Australia’s economic prosperity and job creation. 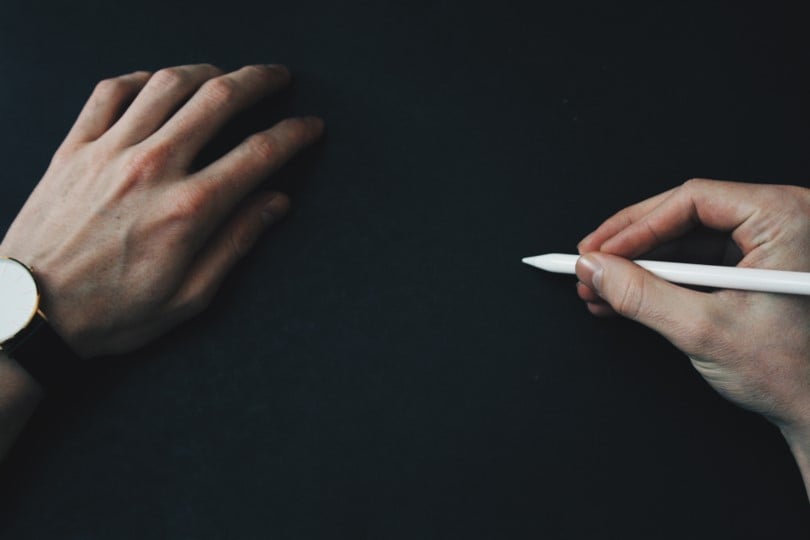 By investing in Australia, there is a lower risk of the commercial asset being untenanted for extended periods of time. A western framework to government provides stability for financial market operation. Highly ranked in developed countries in terms of freedom from economic risks. 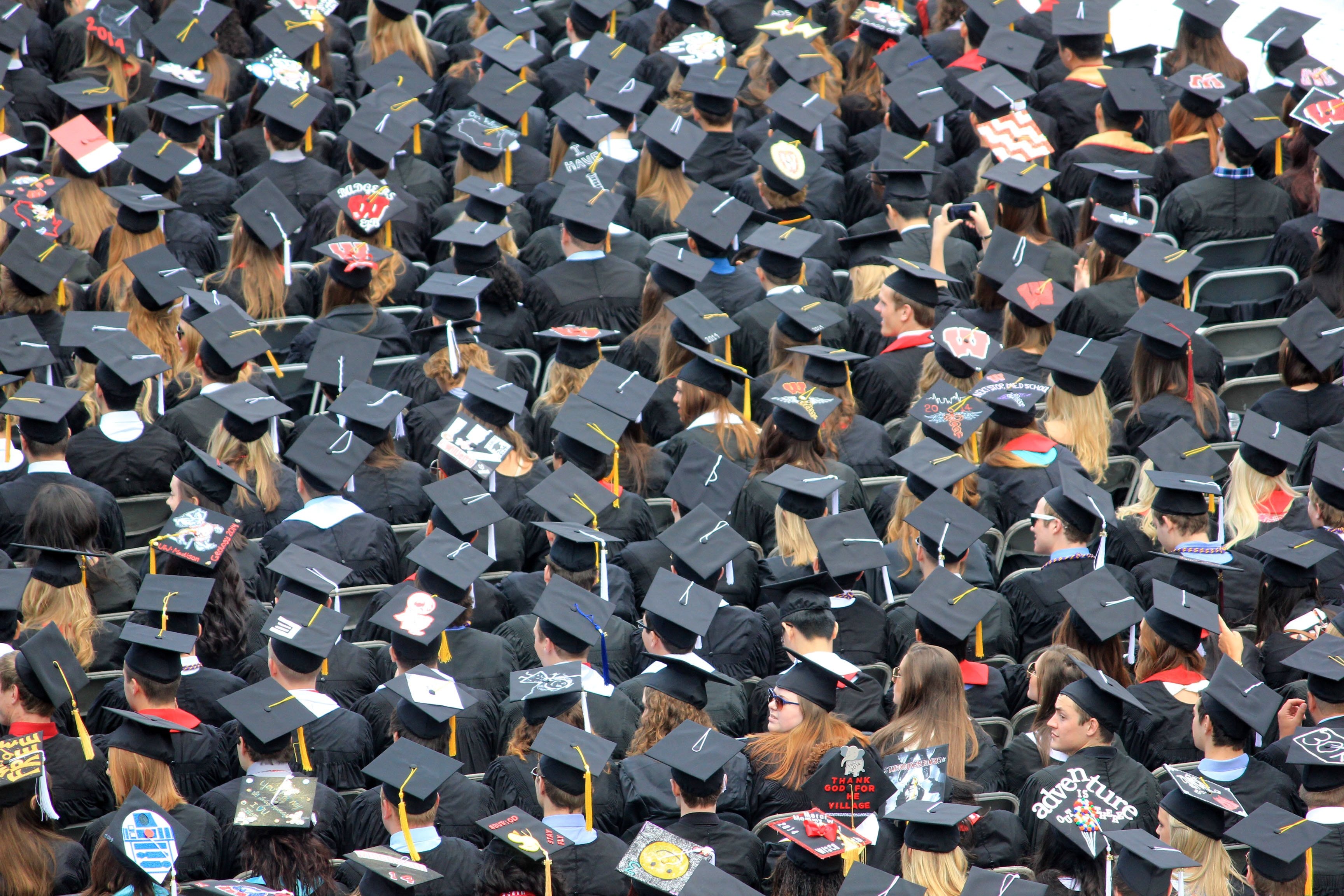 Investing in Australian real estate will be aided by a growing population. The current population is 25.7 million and is estimated by 2050 to be 36 million. Net overseas migration is the largest growth factor. Furthermore, increasing demand for well-developed public transport in outer suburbs facilitating this growth and driving prime locations Commercial buildings value.

Investors gain diversification of their portfolio, key for risk management providing exposure to different sectors of the economy. Retail and industrial properties have a direct relationship to the general state of the economy. 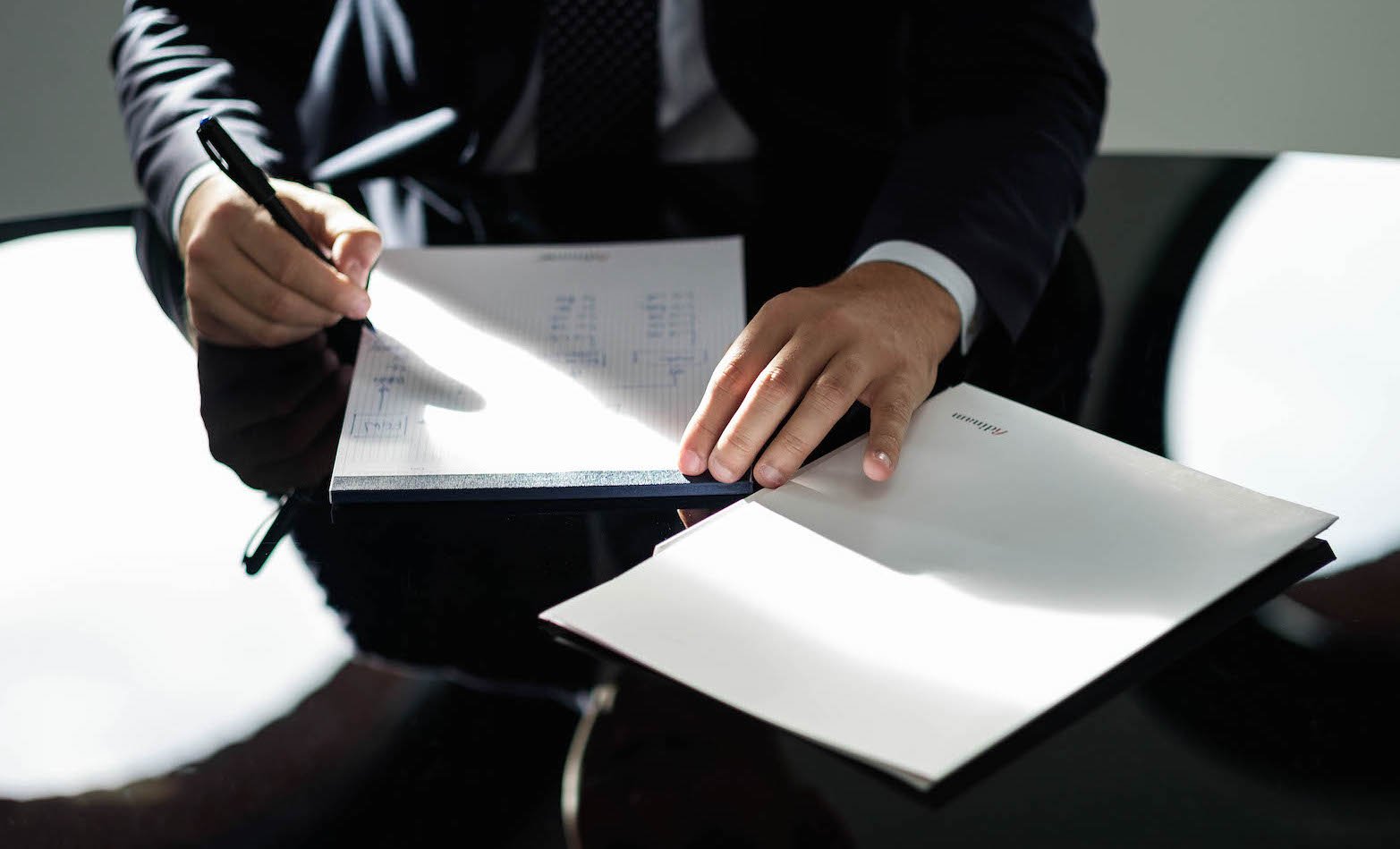 Australian Commercial property offer rental yields between 5% and 8%, average returns over the past 10 years.

Considering the established markets of Sydney and Melbourne relative to the risk-free rate (10-year bond rate) that “risk rate” for investment providers greater head room than other Asian markets. While rental growth will be reduced in the near term, the weight of capital investment looking to find a home in Australia, will more than likely keep property yields at current levels or even tighten to allow for further capital growth.

Borrowing money to invest in Australian real estate can be a prudent strategy, as it allows you to leverage your returns (can also leverage downside risk) and provide a natural hedge for your investment. All major Australian banks will lend on commercial property, as will many of the local subsidiaries of international banks. While there are many factors in assessing loan approval some basic, parameters should be considered, such as the level of borrowing, banking covenants, interest cost and fees, below are broadly accepted within Australia as July 2020

How to invest in Australia?

A key to Australia’s long-term success, is its approach to welcoming immigrants, as they bring in a wealth of skills and experience to better Australia as a whole. There are a wide range of business visas for investors looking to relocate to Australia and or invest in Business and assets in Australia. To learn more about the various types of visas please visit the Department of Home affairs website at www.homeaffairs.gov.au or speak to your Fidinam Account Managers.

Through our HR services we offer Visas services and advice.

The Significant Investor Visa (SIV) is a Federal Government initiative designed to attract high net worth individuals from other countries who wish to seek permanent residency in Australia initially for 4 years and 3 months, with a view to becoming a permanent resident. SIV is a stream within the Australian Government’s Business Innovation and Investment (Provisional) (Subclass 188) visa and the Business Innovation and Investment (Permanent) (Subclass 888) visa.

SIV holders are required to invest at least $5 million into complying investments for a minimum of four years before being eligible to apply for a permanent visa. 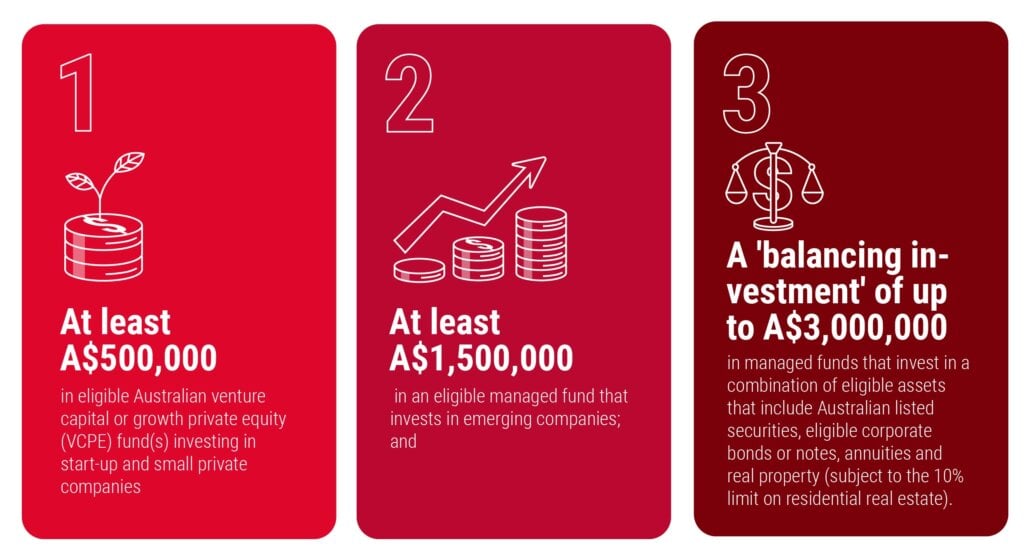 We have access to a number of locally domiciled funds, where we can introduce clients looking to immigrate to Australia and are considering the SIV program.